Today was a total nightmare! Even as I say that, I know it could have been worse- it always can. But, as for this moment, I reflect on my day as being shitty. Can I say that on a blog rated G? Probably not. 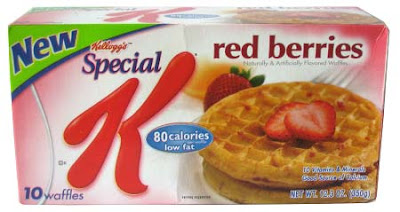 I should have known from the moment that I got my Special K Berry flavored waffles out of the toaster and they were soggy that I should have just gone back to bed. If only I could have; I am sure I would have. But, that's not this mommy's life--nor will it be for many years to come or has it been now for many years. Sleeping in...

Oh, man! Not a fun day at all! I am breaking out in a sweat just thinking about it, mama! Poor you! But hello... that is the cutest picture of your little guy! Hope tomorrow is a better day for you!!

Well I have something on my blog for you, hopefully this will cheer you up. Come pick up your award @ http://mamaof3munchkins.blogspot.com/

Thanks to you also Ty! I really appreciate you thinking of me. BTW, you always post the greatest stuff. Thanks again.

Insane mother? Yup I'm there. But oh mama I don't know how you do it with 3 kids. I can't believe you braved a dealership with the 3 of them. The thought of doing it with 2 is enough to put me off. I laughed at your description of Jacob smushing Lyla's face. I know it must've been terribly annoying for you, but they do sound so cute!

what a hectic day you got! motherhood is rewarding but hard work..
and so true, you have to be a saint to be a calm mother sometimes.
Just take those deep long breaths...
BTW -what a cutie!
Thanks for the visit :)

Ugh! I hate days like that! I agree that's why moms especially Stay at home moms are a bit crazy-When everyone else is driving them crazy! BTW -The hiney virus -too funny =D