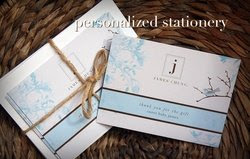 OK, I am totally surprised! I just checked on the Momlogic web site to which I belong and I won a prize! How cool is that?! I never win prizes! NEVER!

The contest required that you write about the first reaction you had when you discovered you were pregnant.

Here is my response:

I would love to say I was overjoyed; I would love to mention that I was glowing with happiness, smiling from ear to ear. I would love to say that at that moment, I gleefully rushed down the stairs to broadcast the good news......but I did not. I was holding the pregnancy test in my shaking hand, trying to gulp down the huge lump I had in my throat. I was horrified. I was terrified. I could not move. I was in disbelief and struggled to recall the last time I had even had sex. It was twice. It was only TWO times since the birth of my son, Jacob, who at that time was 7 months old. Only twice had I even thought of sex. In that instant, in that brief moment, I felt my life was over. I burst out crying. I walked slowly down the stairs, sobbing harder and louder with each step. As soon as my husband saw me, he knew. He knew I was going to the bathroom to pee on the white stick, so he knew when I returned blubbering like a child that we were pregnant, again. It took me a couple of weeks to get over the sadness. Now, I am so sorry that was my initial reaction. But, it was raw. It was me. I felt like I was just not ready yet. I was not sure if I even wanted three children. I had never imagined having three. But, that is now exactly what we have. The best part of my story is, we are so very very happy.Now, we have our girl; the other two children are boys, and we could not be more excited about how our unexpected surprise has brought so much joy to our lives.Now, my husband and I joke that he must have walked by the bed on the right night at the right moment- that is how fertile we are!

And with that...I won!!! On it's way to me is personalized stationery from the Nesting Shoppe. Nesting Shoppe has provided custom invitations and stationery for celebs Trista Sutter and Charlie Sheen. So, it MUST be cool! My prize is valued at $50.
I will have to promptly get off of this computer and think up some people to write little notes to on my new stationery. I also should gather the children up for a trip to the office supply store for a fancy pen! Thanks Momlogic!

Congratulations! I really enjoyed reading your story. I can only imagine how you must have felt. But it all worked out well in the end!

You made me cry... Life's mistakes often times turn out to be the greatest joys..

Congrats! That story was great! I know how it can be to be fertile- After waiting about 7yrs after my daughter was born-We thought we'd try and see what happens if we didn't use protection. And yep! Literally it only took about 1-2 trys before I was preggo! So we make sure we are all good on the protection now! ;)